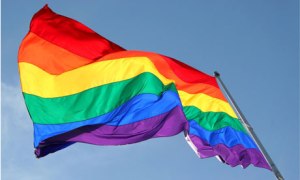 At least one Houston man is not happy with
Beyoncé right now.
HuffPo blogger Carlos Maza claims it “kills
him” to write it (a huffingtonpost article
titled Beyoncé Ignored the LGBT
Community in Houston), especially since
he’s “spent more time worshiping Beyoncé
than just about any other pop star,” but he
is incredibly disappointed in the singer, and
he’s not sure he’ll ever be able to forgive
her.
“Over the past few months,” Maza writes,
“Beyoncé has repeatedly refused the
opportunity to speak out against the
legalization of discrimination against LGBT
people in her hometown.”
He’s talking about the Houston Equal Rights
Ordinance (HERO), which prohibited
discrimination in matters of housing and
employment on the basis of more than a
dozen different characteristics, including
sexual orientation and gender identity. On
Tuesday, Houston voters choose to repeal
that law, effectively legalizing
discrimination.
In his nearly 1,500-word rant, Maza calls
into question Beyoncé’s alleged support of
her LGBTQ fans. He begins by writing about
the time he called upon her to “make a
single Instagram post in support of HERO”
in a blog post he published back in August.
“With fifty million followers, she has one of
the most influential social media presences
in the world,” Maza writes. “A single post
from her would have motivated young
voters to the polls, focused national
attention on the fight over HERO, and
dramatically reframed the narrative.”
The hashtag #BeyBeAHERO was established
to encourage the singer to get involved. It
received more than 10 million impressions.
“But despite repeated requests for help
from HERO supporters in Houston,” Maza
says. “Beyoncé declined to comment.”
Instead, he continues, “I watched her post
images from her Vogue cover shoot.”
Over the next several weeks, Maza waited
with bated breath for Beyoncé to post her
support of HERO to Instagram. But the post
never came.
“One night, I found myself lying on the
grass in a park by my apartment,
distraught,” he recalls. “I had done
everything I knew how to do to get
Beyoncé’s team to react. I had bugged
every reporter friend, forwarded every
press hit, tweeted incessantly. I had given it
my best shot. And I was starting to feel like
a failure.”
“On Instagram,” he writes, “I watched
Beyoncé post a photo of a pizza.”
When HERO was voted down on Tuesday,
Maza says it was “probably one of hardest
things I’ve had to experience.” He was left
“devastated,” and that devastation was only
made worse by what Beyoncé did next.
“On Instagram, I watched a video of
Beyoncé posing silently in front of an
American flag,” he writes. “I can’t believe
she didn’t say something.”
“Beyoncé had a golden opportunity to
oppose an active effort to legalize
discrimination against LGBT Houstonians,”
he continues. “It wouldn’t have taken more
than a single Instagram post.”